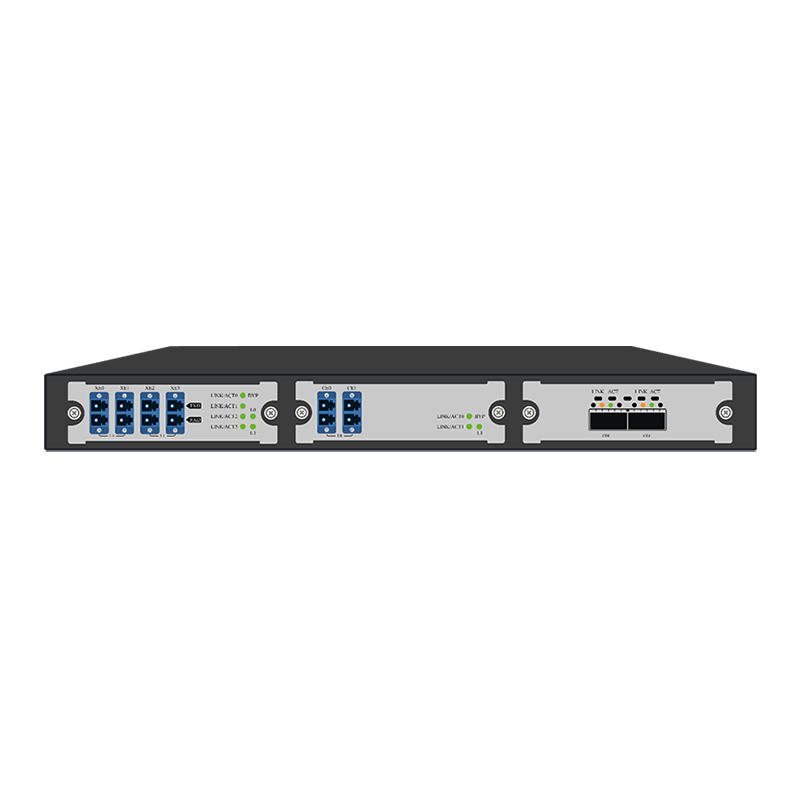 
Send email to us

With the rapid development of the Internet, the threat of network information security is becoming more and more serious, so a variety of information security protection applications are used more and more widely. Whether it is traditional access control equipment (firewall) or a new type of more advanced protection means such as intrusion prevention system (IPS),Unified threat management platform (UTM), Anti-denial service attack system (Anti-DDoS), Anti-span Gateway, Unified DPI Traffic Identification and Control System, and many security devices are deployed in series in the network key nodes, the implementation of the corresponding data security policy to identify and deal with legal / illegal traffic. At the same time, however, the computer network will generate a large network delay or even network disruption in the case of fail over, maintenance, upgrade, equipment replacement and so on in a highly reliable production network application environment, users cannot stand it.

Module Selection Rules
Based on different deployed links and monitoring equipment deployment requirements, you can flexibly choose different module configurations to meet your actual environment needs; please follow the following rules when selecting:
1. The chassis components are mandatory and you must select the chassis components before you select any other modules. At the same time, please choose different power supply methods (AC/DC) according to your needs.
2. The whole machine supports up to 2 BYPASS module slots and 1 MONITOR module slot; you can’t select more than the number of slots to configure. Based on the combination of the number of slots and the module model, the device can support up to four 10GE link protections; or it can support up to four 40GE links; or it can support up to one 100GE link.
3. The module model “BYP-MOD-L1CG” can only be inserted into SLOT1 to work properly.
4. The module type “BYP-MOD-XXX” can only be inserted into the BYPASS module slot; the module type “MON-MOD-XXX” can only be inserted into the MONITOR module slot for normal operation.

The following is a typical IPS (Intrusion Prevention System), FW (Firewall) deployment mode, IPS / FW is deployed in series to the network equipment (routers, switches, etc.) between the traffic through the implementation of security checks, according to the corresponding security policy to determine the release or blocking the corresponding traffic, to achieve the effect of security defense.

Mylinking™ ” Bypass Switch ” is deployed in series between network devices (routers, switches, etc.), and the data flow between network devices no longer leads directly to IPS / FW, ” Bypass Switch ” to IPS / FW, when the IPS / FW due to overload, crash, software updates, policy updates and other conditions of failure, the “Bypass Switch” through intelligent heartbeat message detection Function of the timely discovery, and thus skip the faulty device, without interrupting the premise of the network, the rapid network equipment directly connected to protect the normal communication network; when the IPS / FW failure recovery, but also through intelligent heartbeat packets Detection of timely detection of the function, the original link to restore the security of enterprise network security checks.

The Mylinking™ Traffic Bypass Protector can identify traffic based on the L2-L4 layer header identifier, such as VLAN tag, source / destination MAC address, source IP address, IP packet type, transport layer protocol port, protocol header key tag, and so on. A variety of matching conditions flexible combination can be defined flexibly to define the specific traffic types that are of interest to a particular security device and can be widely used for the deployment of special security auditing devices (RDP, SSH, database auditing, etc.).

5.5 Multi-series Inline Equipment Flow Traction Protection (Change Serial Connection to Parallel Connection)
In some key links (such as Internet outlets, server area exchange link) location is often due to the needs of security features and the deployment of multiple in-line security testing equipment (such as firewall, anti-DDOS attack equipment, WEB application firewall, intrusion prevention Equipment, etc.), multiple security detection equipment at the same time in series on the link to increase the link of a single point of failure, reducing the overall reliability of the network. And in the above-mentioned security equipment on-line deployment, equipment upgrades, equipment replacement and other operations, will cause the network for a long time service interruption and a larger project cut action to complete the successful implementation of such projects.

More than one security device at the same time in series deployment diagram:

The application scheme based on the ” Bypass Switch ” is easier to implement than the traditional BGP route injection or other traffic traction scheme, and the environment is less dependent on the network and the reliability is higher.

“Bypass Switch” has the following characteristics to support dynamic policy security detection protection:
1, ” Bypass Switch ” to provide outside the rules based on WEBSERIVCE interface, easy integration with third-party security devices.
2, ” Bypass Switch ” based on the hardware pure ASIC chip forwarding up to 10Gbps wire-speed packets without blocking switch forwarding, and “traffic traction dynamic rule library” regardless of the number.
3, ” Bypass Switch ” built-in professional BYPASS function, even if the protector itself failure, can also bypass the original serial link immediately, does not affect the original link of normal communication.

Write your message here and send it to us